VAR – good for the game or best in the bin? 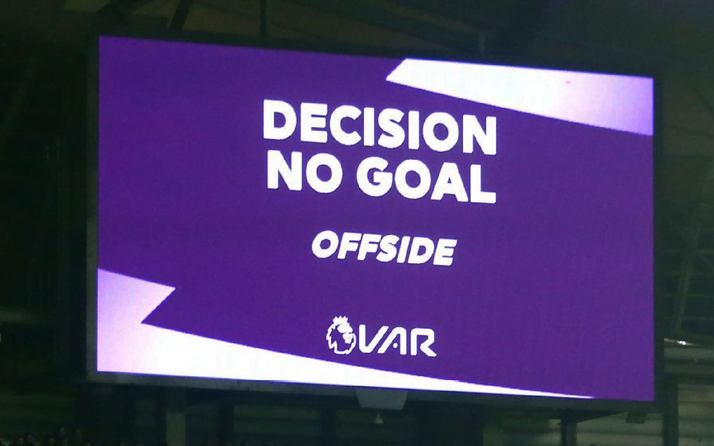 How do you feel about VAR? Is it ruining the ‘beautiful game’, or providing a useful check on inept officiating?

How you answer that question will probably reflect how you feel about changes to a national sport that has seen all manner of change over the past few decades. Some, no doubt, see VAR as yet another unnecessary act of sabotage, designed by people who have no understanding of how the game is played. Since it was introduced to the PL last season, there has been a long-running campaign to get it removed, a campaign that has gained momentum since the season started this August.

I wonder if VAR is really the problem here, however; maybe the animosity aimed at the technology should be directed at the officials who utilise it. Technology is well established in other sports where it has been shown to work well. In tennis, ‘Hawkeye’ is accepted and effective. In rugby, referees routinely check decisions using that sport’s equivalent of VAR with hardly a grumble from spectators. In cricket, the review system has served to demonstrate – at least in England’s recent Test series against India – that the occasional mistakes made by umpires can be easily rectified.

In all these cases, the crowd gets involved and is kept informed as the review unfolds. So perhaps the problem with VAR in football is not VAR itself, but the way it is used without clear communication to the watching public. Quite simply, we have no idea what is going when we are sat in the grounds, and not much more clarity when we watch a game on TV.

But why should this surprise us? The football authorities have never supported calls for transparency from referees. Indeed, the remoteness of VAR from the fans in the stadium in the Premier League is part of the long-running tradition of the general remoteness of refereeing. The PGMOL (the body that oversees refereeing in this country) acts as if it is a secret society, keeping its decision-making process hidden and hardly ever agreeing to allow referees to explain themselves. In tennis, rugby, and cricket, decisions are clear and obvious – either visually or backed by verbal explanations – in football, the ‘tenets of faith’ practised by officials are as closely guarded as the secrets of Freemasonry.

Why can’t we have this in football? I’ve heard arguments that the PGMOL are incompetent, or worse that they are biased, or even corrupt. We’ve all seen incidents that have us shaking our heads or screaming at the man in black, and the refs are really not helping themselves. The PGMOL might argue it would undermine the referee on the pitch if decisions were questioned or explained, but would it, really? In most cases, explanations would help crowds understand why decisions were made and technology can support that.

So, while VAR is not perfect it is not the problem here: the referees and the system they operate in are. Those calling for a ban on VAR are missing the point, which is that it is the officiating which needs urgent reform not the technology that supposedly supports it.

Have your say – feedback below or to [email protected]