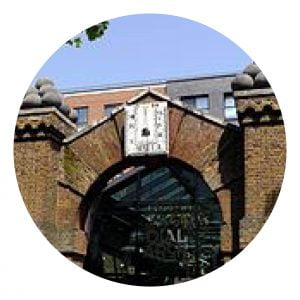 After one match, renamed Royal Arsenal FC, it was opened to all Royal Arsenal factories. This led to the club being run by the players rather than factory owners or the church – something very unusual at the time. Renamed Woolwich Arsenal in 1893 when it joined the League.

Woolwich Arsenal was about to go into liquidation. Henry Norris, a director of Fulham, paid off all the debts from his own pocket and offered ownership of the club to fans and local businesses through share sales – which failed.

A move to a new ground was vital for survival. Only 3000 spectators watched the final game at Plumstead, as Arsenal were relegated for the only time. 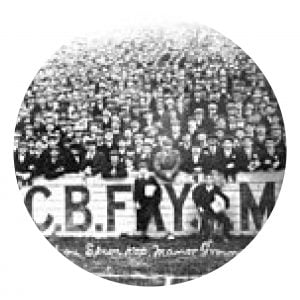 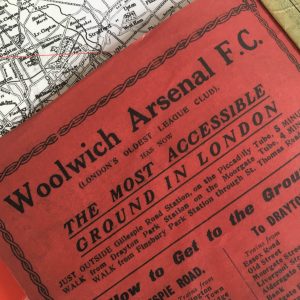 Henry Norris took the view that Arsenal’s new ground should be where there were
good transport links and a large local population of young men who worked as clerks
in the city of London. He also liked the idea of being near an existing club, since this
would lead to intense local rivalry and thus more local newspaper coverage.
Initially there was much opposition from the local council, local traders, and
Tottenham Hotspur. After a year at Highbury, the club was renamed The Arsenal.

For the full story of the club’s election to the First Division, click here.

Arsenal’s first major trophy came through beating Huddersfield in the 1930 FA Cup Final with Herbert Chapman, Arsenal’s manager, defeating the club he had left in 1925. Just one year before, he had offered his resignation, but this was turned down and he went on to win the league twice before he died, mid-season 1934. 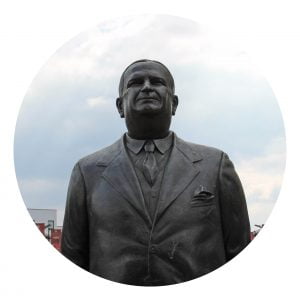 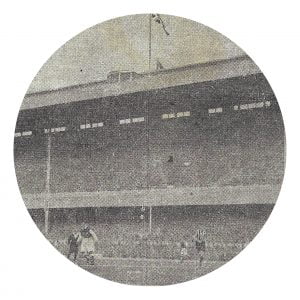 By the time football was suspended for the war in 1939, Arsenal had become the dominant force in English football, winning the League five times under three different managers, and the FA Cup twice.

Whittaker had joined the club as a player, and later was the physio and assistant manager working alongside first Chapman and then Allison.  Like his predecessors he won the FA Cup once and League twice before his death in 1956 while in office.  A 14-year gap without trophies now followed. 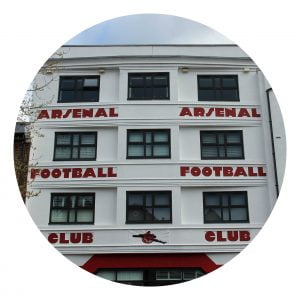 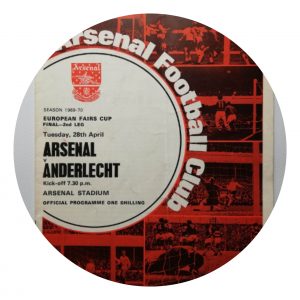 Two League Cup Final defeats were followed by victory over Anderlecht in the Fairs Cup – the club’s first European trophy and the first major trophy since 1953.  Bertie Mee was seen as the manager to take Arsenal back to the big time.

Arsenal’s first League and Cup Double, winning the League title by beating Spurs at White Hart Lane and then Liverpool at Wembley. 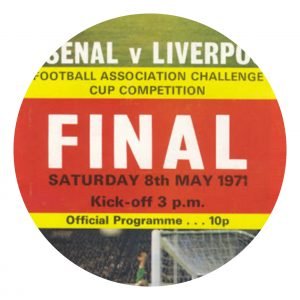 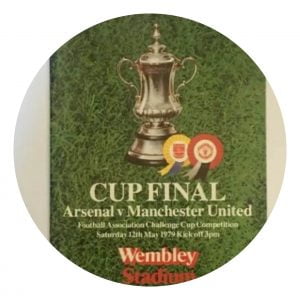 Manager Terry Neill took over a club that had struggled against relegation for the previous two seasons. He took the club back into the top half of the league and delivered three consecutive FA Cup finals, with one win – against Manchester United, with the last gasp Alan Sunderland goal.  The 1980 Cup Winners’ Cup Final was lost in a penalty shoot-out, the first European club final to be decided this way.

Founded as Arsenal Ladies, the women’s team has since gone on to win more trophies than any other in English football, with 1 UEFA Cup, 3 FA Super League Cups, 12 Premier League Championships, 5 WSL Continental Cups, 14 FA Cups and 10 Premier League Cups. 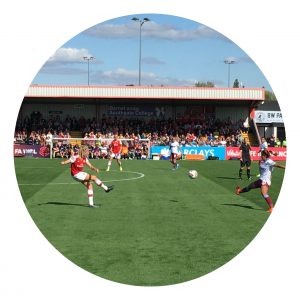 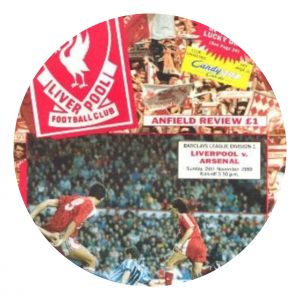 Ex-player George Graham brought six major trophies to the club. He won the League Cup in his first season, and the League in 1989 in the memorable Anfield victory in the final seconds of the season.

A second League title came in 1991, while in 1993 Arsenal became the first club to win both League Cup and FA Cup in the same season, followed in 1994 by the Cup Winners’ Cup. 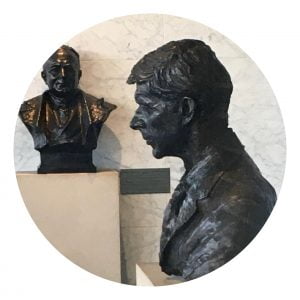 He also kept Arsenal in the Champions League for more consecutive seasons than any other club except Real Madrid. In 2004 the team went the entire League season without losing a match. His phrase “Football should be an art” is commemorated with a banner that was organised by members of the AISA Committee and hangs at the Clock End.

Having won three Premier League titles and seven FA Cups, Arsene Wenger leaves. He is the club’s most successful manager, with the highest percentage win rate of any of his predecessors. His record of FA Cup wins is better than any manager in the history of the competition. 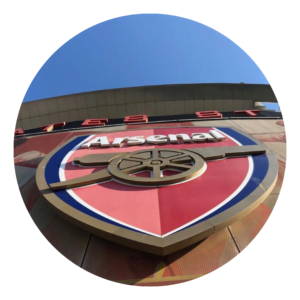 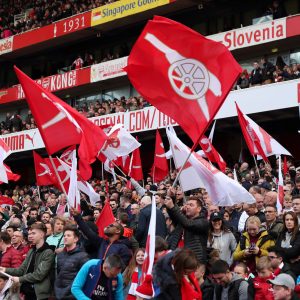 FA Cup
Mikel Arteta's first trophy in his first season
.....and a second, with the COMMUNITY SHIELD four weeks later!!