The Arsenal Advisory Board 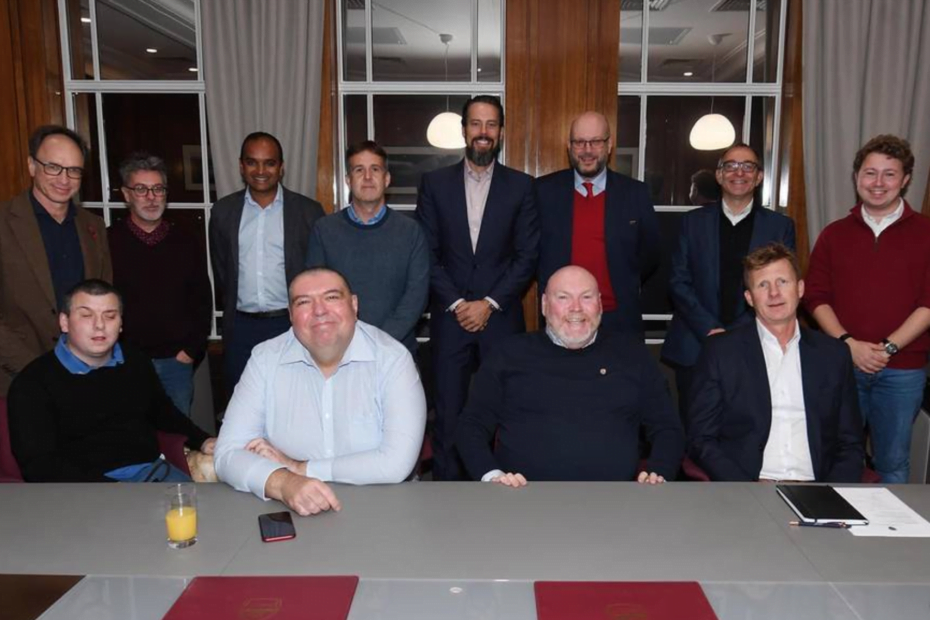 In the wake of the European Super League (ESL) debacle, AISA met with board members John Kroenke and Tim Lewis, and with Vinai Venkatesham and comms director Mark Gonnella. The aim was to rebuild (or establish) trust between supporters and those owning and running Arsenal FC.

As a result of this, and conversations with AST (The Arsenal Supporters Trust) and other members of the Fans Forum, Arsenal agreed to set up an Advisory Board. We met for the first time on Thursday 4 November in the Board Room at Highbury House and I thought it would be useful for AISA members to get a sense of what we talked about.

Arsenal reported the meeting here complete with a photo of those involved (above – that’s me squeezed between Tim Lewis and Vinai Venkatesham).

The meeting spent a lot of time discussing its terms of reference and the fallout from the ESL and so we didn’t get to everything on the agenda (the topics listed in the report Arsenal posted).

On the ESL the club is pretty clear that the idea is dead and won’t be revisited. There are
some technical and legal issues to resolve but we did get an assurance that Arsenal won’t
get involved in anything like this in the future without consulting its fanbase.

We also discussed the government’s review of football governance currently being
conducted by Tracy Crouch. Arsenal’s approach of creating the Advisory Board is not the same as other
clubs’ (notably Liverpool and Man United) and we did talk about this in the meeting. We’ll
see what Ms Crouch’s review leads to in due course, with a possible independent regulator
role being created. At the moment Arsenal is listening and watching how the dice fall to
determine how it might react.

The general discussion (on things like finance, sponsorship and partners, improving the
stadium and fans match-day experience) was pretty open and friendly and I think the most
important thing about this meeting was continuing the process of building trust. In order to
have an effective voice for supporters (AISA members and all fans) we need to be listened to
and heard (not always the same thing) and the board need to be able to talk to us. Trust
works both ways and we need to be in the room to make a difference.

Arsenal had proposed two of these meetings a year but the fans groups represented were
adamant that that was too few, especially as we build this relationship. The Club recognised
that and I think we landed on four a year, with opportunities for other communications as
necessary. Hopefully, we’ll meet in December just after the Crouch review reports its
recommendations to government. Whatever happens, AISA will be represented and we will
let you know how our discussions develop. When we meet (hopefully in person) for an AGM
in the new year I’ll give everyone a full report on the process.