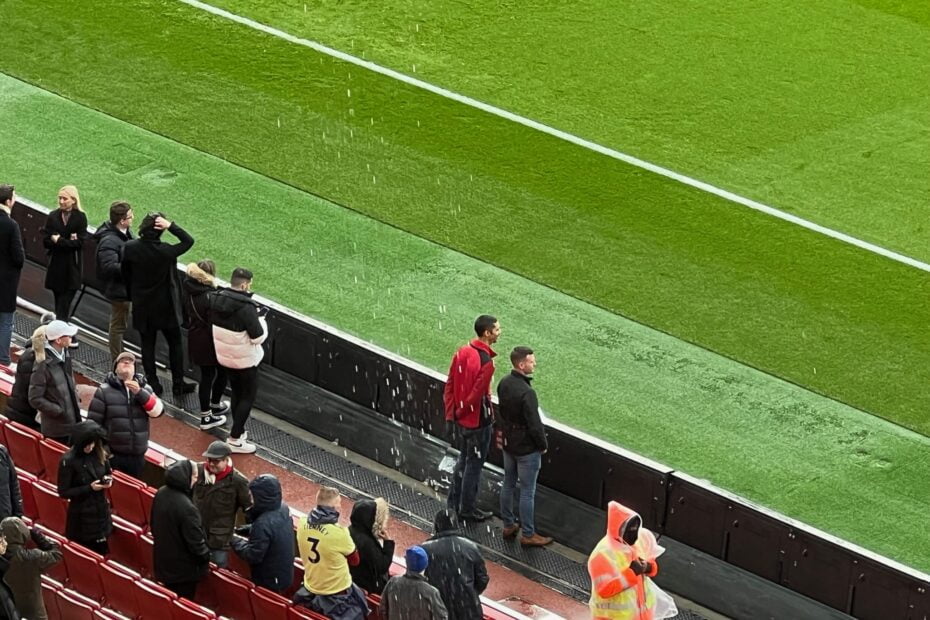 Last week, we covered the club’s announcement of repairs to the stadium roof. At the weekend, we noticed just how much water was landing on lower tier supporters in the east stand. Not just like rain (supporters of a certain vintage will have stood on open windswept terraces) but a waterfall, landing vertically with force, on the unfortunates beneath. The pictures we show were before kick-off but it continued throughout the match – and long after it had stopped raining.

We asked on Twitter for reactions and if people in the stadium had reacted and helped in any way. We received a deluge of Twitter comments almost matching the force of the water from the roof (some 17,000 engagements in 16 hours). We’ll do our best to digest the responses and see what there is to feed back to the club.