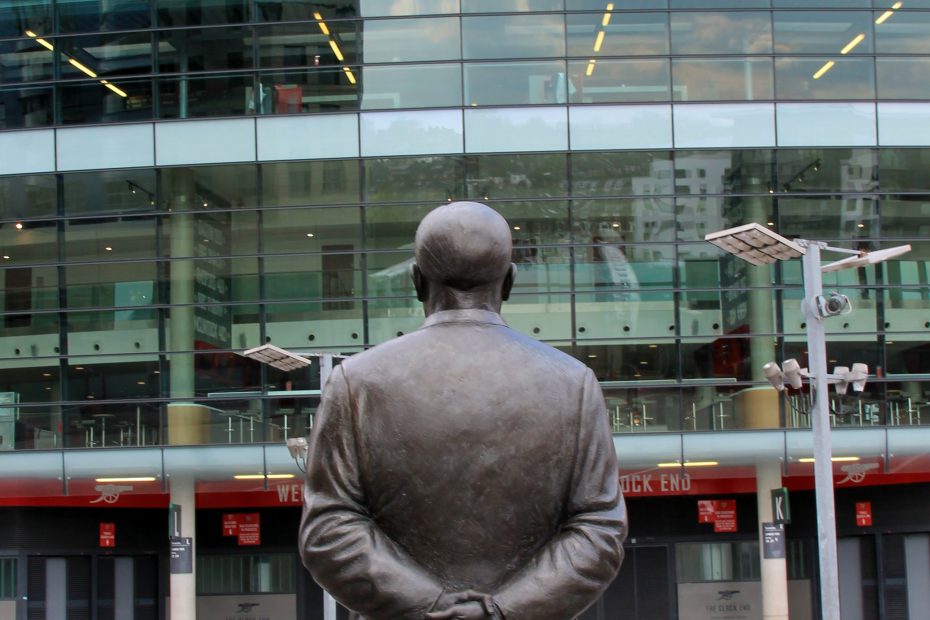 Given that Arsenal has been part of London for around 135 years and has only suffered two major crises, one could say that in terms of things going wrong, this is not too bad a record.

Indeed, given that the first of Arsenal’s two great crises happened in 1910, the club has clearly had no major issues for over 100 years.  Which is also not bad going.

Of course the other clubs that joined the new Super League are now saying they are terribly sorry.  But Arsenal, we believe, can do more than just draw a line and move on.  For Arsenal is a club and an institution with a unique sense of its history.

Arsenal is the longest serving member of the top division; the club with the most FA Cup victories, and the equal record holder of that most hallowed of achievements: three League and FA Cup Doubles.  (And of course, the only club ever to complete an unbeaten season in the top division).

Yet as Arsenal is facing a crisis, we think it is worth spending a moment reflecting on the club’s first great crisis, to see how Arsenal recovered from that, and then to plot a way forward.

This first crisis came in 1910 when, quite simply, Arsenal ran out of money as its long term benefactor decided he could support the club no more.

One man stepped forward to save the club, he paid off the debts, moved Arsenal to Islington, built Highbury Stadium, and employed Herbert Chapman as manager.  And with that, the glory days started.

Chapman is now commemorated in a statue outside the ground, following campaigning by AISA and the Arsenal History Society.  And emboldened by the success of that idea, with Arsenal now facing something of a crisis in the aftermath of the Super League, and action is needed.

Of course, this time it is not a crisis of funds, but of reputation and adherence to a tradition of always doing the right thing.  The players arriving for a match always wore the club blazer (utterly unknown previously).  The club devised a revolutionary method of turning defence into attack, which flummoxed rival defences.  The King popped in for the occasional match.  The club was the site of the first ever radio and TV broadcasts of matches.  Her Majesty invited Arsenal to the Palace – the only club to receive such an invite.

Arsenal in short has always been a club of values, of dignity, or doing the right thing, of tradition, and yet at the same time a club of innovation.

As such last week’s revelations of the Super League was a bit of a jolt, but although it hurts today, it can be set aside, if the club is ready to re-emphasise its traditions.

AISA, the Arsenal Independent Supporters Association, not only works with the club day by day, representing rank and file supporters to the club’s directors and employees, but also prides itself as being the custodian of Arsenal’s history.

As such AISA is uniquely placed to work with the club to re-affirm its credentials as a club that, beyond all others, represents both historic tradition and the highest contemporary standards.

Arsenal History Society, part of Arsenal Independent Supporters Association would welcome the chance to work closely with the club once again at this difficult moment, to re-affirm to supporters and the world beyond, the club’s understanding of its historic position, and its commitment to the traditions of a club unique in the annals of sporting history.

An Arsenal Cultural Committee involving both a member of staff at Arsenal and members of the Arsenal History Society, would show the world that the club has not lost sight of its heritage, and remind the media that this is a unique club with a unique past.  A club created by the working men of the Royal Arsenal factories which still understands the wishes and needs of its supporters around the world.

Informing the media at an appropriate time that the club is working with the AISA Arsenal History Society on focussing on the club’s heritage and historic values would begin to diminish the negative feelings that some supporters and the media have, following recent events.  It would establish a new route for the club which would allow people to set aside the issue of the Super League and instead work together for a brighter future while commemorating the club’s extraordinary and amazing past.

If you are interested in learning more about Arsenal’s proud history or getting involved in campaigns that help keep that history alive and updated, join AISA here

1 thought on “Rebuilding trust and tradition at Arsenal FC”