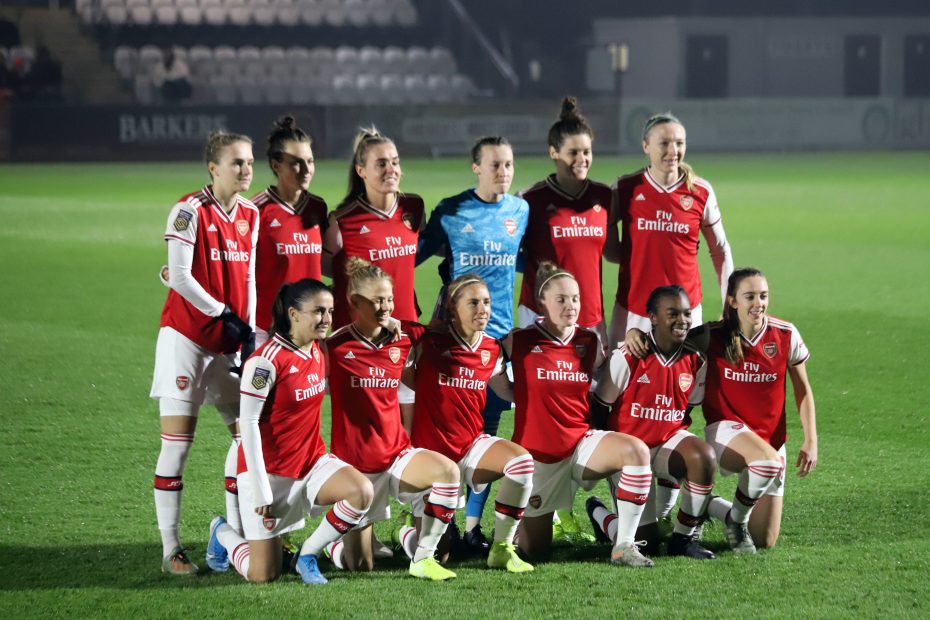 This isn’t so much of a post, more an opportunity to share some photos I took at the Arsenal vs Bristol City game in the Women’s Continental Cup.

The game was played on the 21 November 2019 and Arsenal won 7-0 with goals from  Kim Little (who bagged two, one a penalty), Vivienne Miedema (she also scored twice), Jill Roord, Jordan Knobbs and Jennifer Beattie.

Gunnersaurus never misses a match, how does he do it?

It took just over half an hour but Kim Little opened the scoring and the team never looked back after that.

Kim Little scores from the spot to make it 3-0

Danielle Van De Donk (top) my MoTM and Kim Little, who both made a huge contribution to the win.

and of course Vivienne Miedema who scored a brace despite struggling with her contact lenses!

All smiles from Beth Mead as the teams leave the pitch – onwards and upwards Gunners!

Drew Gray, AISA Chair (NB please do not use photographs without permission)

Do you fancy writing for AISA? Or sharing your photos? let us know via our website or Facebook page.