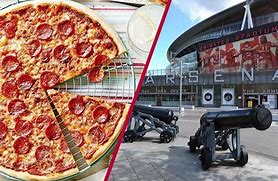 In the last blog on your concerns about the Match day experience we looked at accessing the stadium. Since then AISA have been invited to present our members’ views at the next Arsenal Supporters Forum on 17 February.

This will be an opportunity to challenge the club on a range of issues and hear what developments they have made since the last forum.

Now I’d like to look at another aspect of the feedback AISA has received from you, our members, the food and drink ‘experience’ within the Emirates Stadium.

The first thing to say about this is that Arsenal don’t do the catering themselves. It is provided by an external company – Delaware North – who have had a contract with the club since the Emirates opened. They are a big global company that, according to their website:

‘manages and provides food and beverage concessions, premium dining, entertainment, lodging, and retail at many large venues and special places. These include sports stadiums, entertainment complexes, national and state parks, airports, and casinos’.

As well as Arsenal they provide catering for Wembley stadium and several hundred other sports venues across the globe.

So they are big, but do you think they are any good?

The answer would appear to be a resounding ‘no’.

From the comments you sent to [email protected] (and keep sending them please, we look at them all) there seems to be a general consensus that the food is expensive and the queues to be served are too long.

Take this one for example:

‘The catering arrangements are still quite inadequate for the number of people that want to use them. They need a huge rethink. Although I unfortunately at one end of a row, my feeling is that there is no hope of anybody who comes from the centre of a row getting back to the match on time if they want to get a drink or some food’.

‘The range of options and quality of food has always been poor and continues to be poor. Prices are too expensive, fans are being ripped off, even tougher to take when the service is so bad’.

Service, or the lack of it, speed and an awareness of what is available all feature in your comments. There is obviously a huge logistical problem with feeding and watering close to 60,000 punters all at once and – at half time for example – in 15 minutes. I think we have to accept that there will always be queues at sporting events. The same is true if you go to a music concert or the theatre, although the latter is much less well attended (so the demand is less).

There was some praise for the provision of better beer this season in the inclusion of Camden ales and lagers. The boss of Camden Brewery is a Gooner like us and several of you seemed to appreciate that the drink options have improved and aren’t ridiculously expensive.

There was also praise for the introduction of the reusable ‘glasses’ for beer but some criticism that not everyone is aware of the scheme so its not working as it should be. It is something the club flag in their match day email to supporters and probably just needs to become second nature to us.

The merits of contactless payment came up as well: some are very pleased to see it as it speeds up service, while others are concerned that not everyone can pay that way, and prefer cash. Cashless payment is becoming almost ubiquitous in London – try buying food (or anything) in Spitalfields market and it is almost all ‘card payments only’. That said Arsenal (and Delaware) need to ensure supporters have a choice of options everywhere, and AISA will make sure they get this message.

The service is poor but we must remember that most of those doing the customer facing role on a match day are temporary staff employed perhaps one or two days a week, and all under considerable pressure. If the Emirates was open 7 days a week with outlets serving the community day and night they might be able to develop their staff, reward them better, and inculcate a better customer experience.

I think we ought to be patient with them (the staff) but demand better from Arsenal and Delaware.

Finally, you had some suggestions about improvements and AISA will certainly be putting these to the club.

‘I remember when the stadium opened the pies in catering were great. Bring back the pies’.

We all love a good pie, but how about asking Piebury Corner to set up a concession in the ground? Or two?

‘I feel that the bar areas need serious improvement in terms of atmosphere and decor. It still doesn’t feel like somewhere I want to hang out for more than a quick pint before the game and would still rather go to the pub’.

There has been work on the bars upstairs – in Club level for example – but there is little or nothing for most of us. It is not anything like as soulless as Wembley but the club could work on this, especially as they want to encourage us to stick around after games (and arrive early beforehand).

Some one asked for vegan options, and for alternatives to dairy in the tea and coffee offers. This is 2020 and they really should be on top of this. If they aren’t we’ll ask them why and when they will be.

How about ‘food vans or tents on the outside concourse’ one of you asked. I think this would be fantastic – pop up food offers celebrating the diversity of food culture in London. But would it impact the access to the stadium, or need permission from the council or police? Or impact Delaware’s own offers?

These are questions your AISA representative will be putting to Arsenal on the 17 February and we’ll post their responses on this blog.

In the meantime I’m grabbing some lunch at home before heading to my preferred pub en route to the Emirates.

Come on your Gunners!