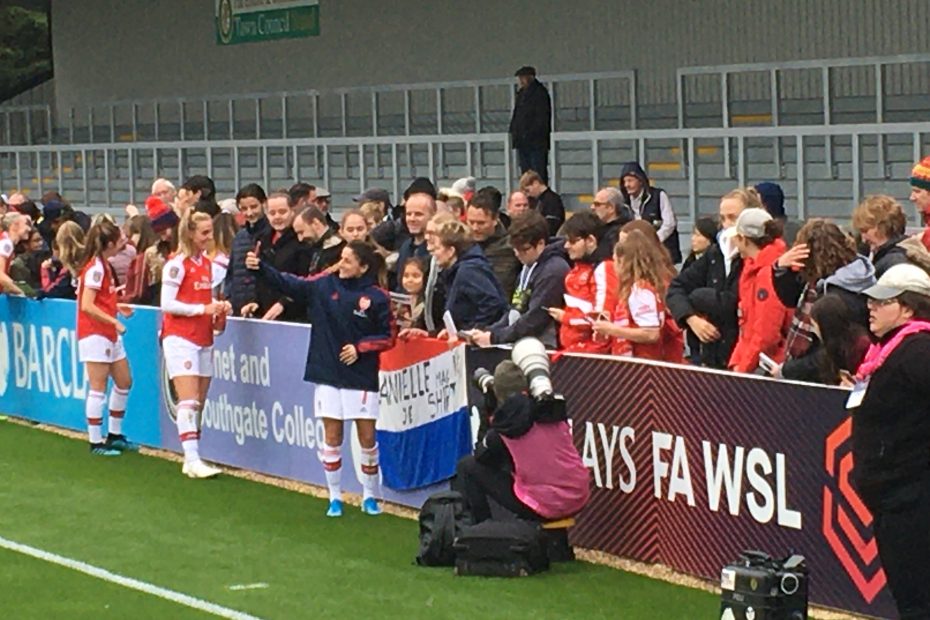 If you want a single word to summarise Joe Montemurro then “impressive” is probably the word that would spring first to mind.  If you want two words then they would probably be “bloody impressive.”  One could go further but then the words become a trifle more risqué in expressing their appreciation.

For example, when Joe addressed that AGM of Arsenal Independent Supporters’ Association (AISA) this week he turned up in his branded Arsenal travelling gear rather than perhaps the more conventional evening wear one expects of a guest speaker.

And that was for a simple reason.  He’d come straight to the meeting off the plane back from Prague, where Arsenal had beaten Slavia Praha 2-5 in the Champions League.

Now if you are a regular reader either here you’ll know that I think AISA is an important point of liaison between the club and the fans.   But I don’t think we’d ever suggest that we were so important that a guest would get off the plane at Gatwick and come straight to our meeting and to give a speech.

Yet that is what he did for us.  And as every single member of AISA who was at the meeting will I am sure attest, he did it with such drive and enthusiasm that just listening to him and watching him, can leave one breathless.  Indeed no one could think otherwise than the fact that Arsenal women has at its helm a brilliant and talented manager.   No wonder we won the league last season!

But there’s more, for here is an Arsenal manager who can greet supporters by name – and that is a real talent.

Joe took us through how he came to get the job at Arsenal (mainly coaching in Australia involving promotions, trophies and notably an unbeaten season), before being headhunted for his current job by Arsenal.

And that is rather a reassuring fact.  For while bloggers and journalists love to paint Arsenal as a club that doesn’t really know where it is going and what it is doing, the story of how Arsenal found Joe and specifically recruited him for his current job is impressive.  Not a case of looking around the other women’s clubs in England and finding the best person available, but rather looking worldwide to find the best.  I find that reassuring.

But to be fair there was another factor.  For Joe made it quite clear that even while living in Australia, and long, long before there was any talk of him coming to England, he was an Arsenal fan. This guy really is one of us, even though he has lived much of his life on the other side of the world.

In his talk Joe stressed just how seriously Arsenal take the women’s team. There were of course questions about playing games at the Emirates and the like and to his credit Joe didn’t duck a single one.  Yes, he said, the club might well contemplate women’s games at the Emirates Stadium in the future, but let’s get full crowds at Boreham Wood first.  Maybe not the answer some people wanted, but at least it is utterly realistic.

And behind that comment was an underlying theme: not just growth and progress but sustainability.  As in growing organically and making it last.  It’s not headline grabbing stuff, and its not sexy, but it is thoughtful and it is about long term planning, and it is the Arsenal way.

Joe also talked about the beauty of the women’s game at present – about the mixture of the players being accessible and at the same time playing to a large crowd in the Emirates Cup.

As for the problems (and there are always problems), Joe highlighted one in particular: managing expectations.  Win the League (as the team did last season) and the base level is to win it again.   And there are problems with that, he explained, because the players take a while to adjust to the number of games they are expected to play in.   For as Joe admitted, he is not a great fan of rotation, but instead does like to play a settled side whenever he can.  Stability and the synergy that comes from it – that was the key idea.

Plus, I must add one comment that came up late in the discussion.  Talking about the difference between the men’s game and the women’s game (and Joe has managed both men’s and women’s teams so he knows about these things), he said, “Men don’t always listen.  The women can be more receptive to ideas and want to learn.”  I suspect he is dead right.

Overall, in listening to Joe, we were all left with no doubt that this Arsenal team is being brilliantly managed by a guy who is Arsenal through and through, and who knows exactly where he wants to take the club, and how he wants to do it.

Just as in the men’s game, Arsenal’s women’s team are up against one or more clubs who will spend whatever it takes to get the player they want.  This is happening not just with the academy players who are attracted by the much more high profile women’s game in the United States, but also by one or more clubs in Europe for whom money is available in unrestricted amounts.

There was of course much more in the conversation (and the Q and A with Joe really was a conversation, which was part of the delight of the occasion), including in particular the ever changing kick off times and days at the behest of broadcasters, and the late notice of some of those changes, (there’s nothing Arsenal can do about that at the moment) but the session ended on a most positive note.

“What can AISA do to help the women’s team?” was the question.

“Come and watch the games,” was the answer.

And you can’t say fairer than that.

NB. If you want details of the Arsenal women’s team fixtures and results you can find them here