Is it safe to go away for a few days? 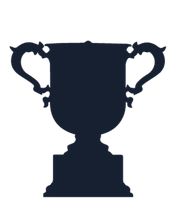 Our unique guide to every (potential) Arsenal fixture in the coming season. (Updated with changed matches so far announced, up to the end of September.)

My Arsenal Rewards is all about encouraging people to attend every match, so you build up points to bid for signed merch and other goodies, not to mention win ‘trophies’ that improve your chances of getting a ticket for any finals we’re in. And then there’s building up precious points from away matches. If you want to benefit from these offers, can you ever risk booking a holiday?

Our unique AISA guide to every fixture in the coming season indicates which weeks are filled and which days you might safely escape.

There are risks, of course! Matches will be moved for TV. One advantage (the only advantage) of Europa Cup matches over Champions’ League is that they are played on a Thursday, which means the following weekend’s match should be a Sunday. We’ve marked those Sunday games with an *. That’s as close as we can come to certainty!

And it is rather premature to list anything but the Groups Stages of the Europa and first Carabao and FA Cup matches. Not only do we not know the opposition yet, but whether we will progress at all to the later stages. Still, so you don’t find you’re booked to be away when we’re drawn against Sperz in an important tie, or reach a semi-final or final, we’ve included scheduled dates for all those fixtures. Fingers crossed! The matches that might not be played if we are eliminated at any stage (heaven forfend), are in italics.

You might also take into consideration matches re-scheduled due to postponements – bad weather, rearrangements because of date clashes and the like.

So there you have it. Find a blank week, allow for TV schedules to shift the dates a couple of days each way, and dare to book time away – or maybe just an overnight in Clacton or somewhere close enough to get back in case of further date changes!

Of course, if you’re a women’s team member, that’s another matter. Maybe we’ll update this list when those fixtures are out!

Or, if you can bear missing a match, you could always use Ticket Exchange and Ticket Transfer . . . .

And AISA can accept no responsibility for any errors or changes made to this fixture list by whoever concocts it!