From Bergkamp’s chauffeur to Arsenal’s most successful manager ever… 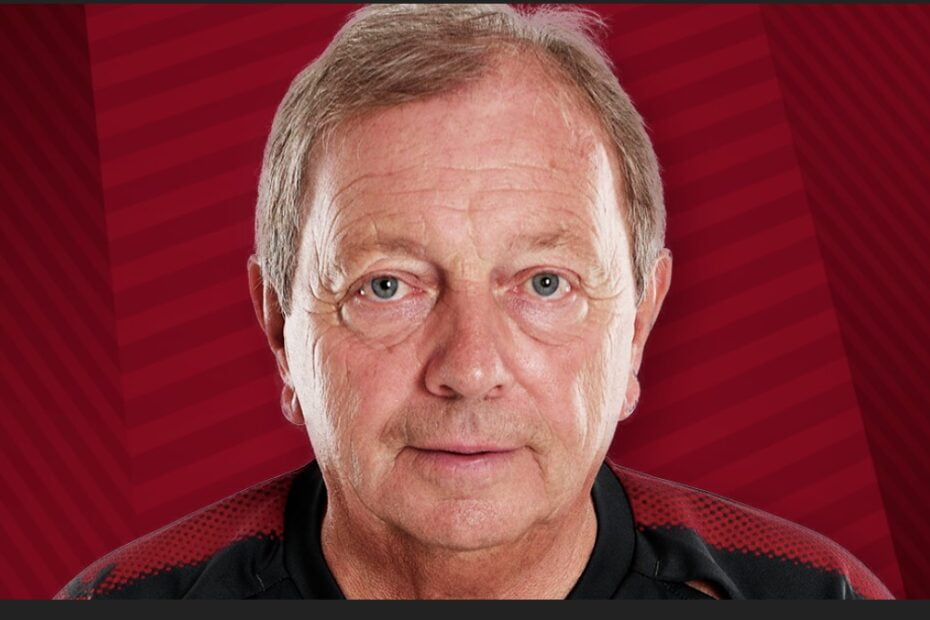 Which Arsenal manager had the job of being Dennis Bergkamp’s chauffeur when he wouldn’t fly to away games?

Or come to that which Arsenal manager has won more trophies than anyone else?  And has been awarded an OBE as well?

It turns out that in both cases it is the same man, and if you attended the zoom AGM of Arsenal Independent Supporters’ Club in November 2020 you will of course know, because it was our guest of honour for that occasion, Vic Akers.

Indeed if you were there, and if ever in the future you are wanting to nominate someone as the most self-effacing person who has been associated with Arsenal in the modern era, you will surely, after this event, have no hesitation in nominating Vic.

Because having been at the AISA meeting and listened to Vic I was just knocked out by how a man who has done so much and achieved so much could be so extraordinarily modest.

It didn’t matter whether he was talking of his role in taking Bergkamp by car to games where Dennis’ fear of flying would otherwise have prohibited him from playing, or discussing the games players played on each other in the dressing room.  It didn’t matter whether it was the smallness of the changing area at Crystal Palace and Fulham, or finding Ian Wright taking the oh-so-carefully laid out kit for the match, and throwing it through the window to fans below before the match, Vic tells the tales with the calmness of the man who has done it all and seen it all.

And yet throughout there was that twinkle in his eyes which suggested that what he was revealing was just the tip of the iceberg.   But even if it was, it was still revealing and at times wonderfully amusing.

Yes, we talked about his relationship with Mathieu Flamini who infamously cut his shirt because he refused to play in long sleeves, and yet, even then and as with everything else that Vic had to deal with across the years, there was that slight smile, as if to say, well, these players, you know…

But perhaps what not all of us knew was that before his days as kit-man Vic was a player.  Indeed he was the player who forced Malcolm Macdonald to give up his thoughts of playing at left back, because Vic had that position for his own!   Vic played for Cambridge and Watford before moving into the lower leagues.

However what those of us who have an interest in the women’s game, is the fact that that having been appointed to Arsenal’s community project he set up Arsenal Ladies, and calmly proceeded to win every major trophy there was, including the women’s FA Cup and the Premier League 11 times each!!!  By the time he retired from his management role he had won an astounding 32 trophies!

Yet of course with these AISA meetings for members, it is the anecdotes that always serve as the highlights.  Vic was inevitably there at Pizzagate after the Manchester United match (it was, he confirmed, young Cesc who threw it at Sir Alex – it seems they don’t serve pizza there any more).  And he admitted that yes, he did once run onto the pitch to celebrate a victory – against Manchester United in the FA Cup final.  I guess if you are going to limit yourself to just one on-pitch celebration, that’s as good as any.

We also heard of Tony Adams’ and Martin Keown’s great motivational techniques, and as always happens with these meetings we got some real inside stories – including new insights into Mr Wenger’s troublesome zip on his infamous coat!

And his greatest moment?  Winning the women’s European Cup.  Of course.  What else could it be?

If you would like to participate in meetings such as this and get your chance not only to see the heroes of Arsenal, but also put questions to them, you can join AISA at going to our website at https://aisa.org