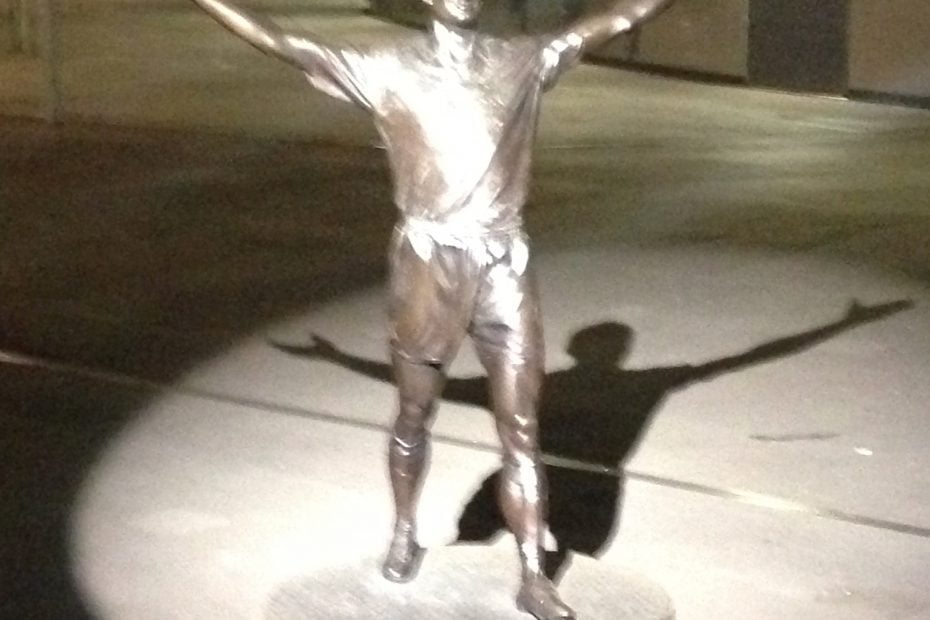 When Paul Burrell announces the teams at the next match, or Nigel Mitchell encourages Junior Gunners to beat Gunnersaurus at penalties, you’ll be hearing it through one of 3000 loudspeakers positioned across the Emirates stadium. Look up and you’ll see arrays of three fixed to the canopy above your head, directing sound across the different levels. Further speakers are positioned behind and around as sound re-enforcement and to prevent echoing.

The control system that was installed when the stadium opened in 2006 has been upgraded over the years. New amplifiers were installed last year with a new mixer desk and digital distribution system added this summer. It’s all controlled ‘live’ on match days from a studio and control room in the West Stand.

As well as the match PA, there’s also a separate system that will override everything for safety and security announcements.

The system is checked before every match – and AISA joined the stadium management team the morning of the Leeds United FA Cup match to hear how it’s done. A walk round the bowl (as they call the pitch area) at various levels checks that recorded and live messages are operating correctly. While this is an empty stadium, the control room has pre-sets that allow for adjustments depending on the number of seats filled at any one time.

One issue that the stadium has to contend with is local authority controls. Islington Council have set levels to ensure residents are not unduly affected by the PA, with measurements taken up to a mile away. One recent complication has been the building of high rise flats close to the stadium that were not built when it opened. So there’s a new set of neighbours that mustn’t be disturbed.

Not that lack of volume is an issue, according to most of our members in the recent survey. In fact, just the opposite. Many complain music can be too loud, making conversation difficult if not impossible. And many still complain that the pitch side interviews and pre-recorded content on the video screens is unclear. ‘Why is this?’ we asked on our visit.

The answer is that it’s nothing to do with the PA or the Emirates’ sound systems. They will be working perfectly. But the audio feeds into it come from different match day production teams – those working pitch side and on the videos. So with our members still reporting issues with the sound system every match, we’ll be asking what happens with the match day feeds for the next in this series of blogs.