An audience with Brendon Batson 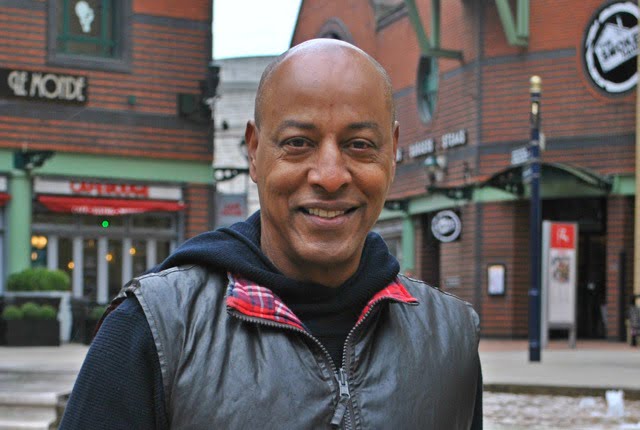 To view the highlights of our evening, visit our YouTube channel

Brendon played for Arsenal under manager Bertie Mee and was the club’s first black player. Since 1984, he’s been part of the PFA (Professional Footballers’ Association) and is especially active in promoting equality in sport and stadium safety. So there’s much to talk about.

Brendon started his football career in 1969 as an apprentice at Arsenal FC. A right back and Arsenal’s first black player, he made his league debut in March 1972. As understudy to the long-serving Pat Rice, his opportunities for first-team action were limited to ten games. In 1974 he transferred to Cambridge United where he was the club captain and led the team to promotion to what was then the old 3rd Division.

In 1978 Brendon transferred to West Bromwich Albion FC, which was then in the 1st Division (now known as the Premier League), where he became not only a regular in the first team but one of the ‘Legends’ of the club.

Unfortunately, in 1984 a knee injury forced Brendon into early retirement where he was immediately offered a position with the PFA (Profesional Footballers’ Association), progressing to Deputy CEO, a role he held until 2002. Brendon has held several positions within the PFA, including the Chairman of PFA Financial Management Ltd, Director of PFA Enterprises (the commercial arm of the PFA) and to this day remains a trustee.

In 2002 Brendon was approached to join the new board at West Bromwich Albion FC as MD, at the time newly promoted to the Premiership, and has continued to have a very close relationship with the club.

As well as forming his own consultancy, working across a range of areas generally around equality, coaching and financial support, Brendon has had active roles as Board Member and Chairman respectively with Sports Grounds Safety Authority and Sporting Equals (the national body which promotes ethnic diversity across sport).

Currently Brendon is Chairman of the Professional Players Federation (PPF) which is a membership organisation made up of professional player unions across all sports, President of EU Athletes and a trustee of the PFA and StreetGames UK.

In 2019 Brendon was awarded a Honorary Degree of Doctor of Letters by Warwick University.

For more on Brendon’s life, visit the PFA and FA websites.

1 thought on “An audience with Brendon Batson”