ALL CHANGE AT THE EMIRATES 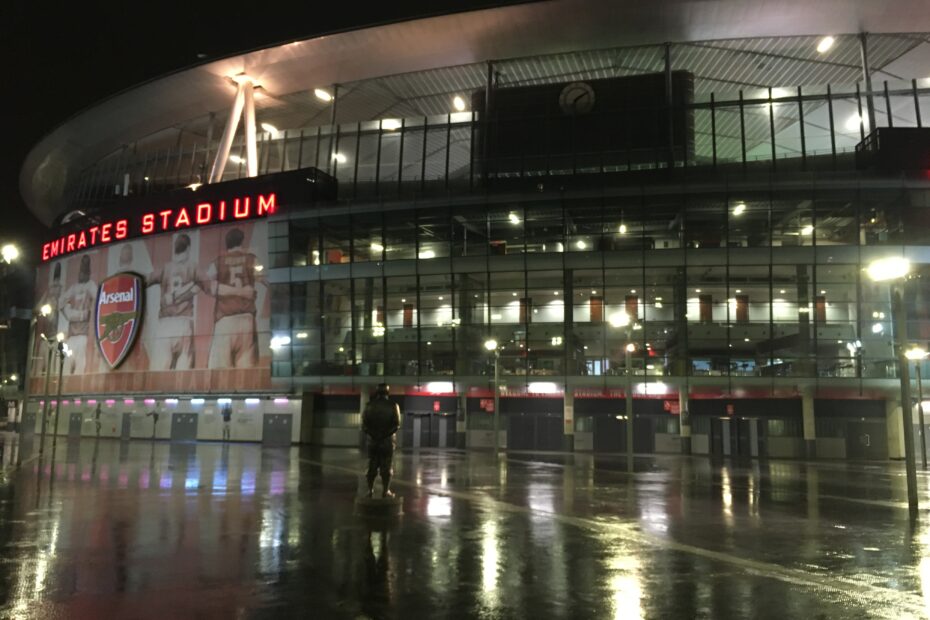 Plans to spruce up the exterior of the Emirates stadium were announced by Vinai Venkatesham (Arsenal CEO) to the Fans’ Forum, February 15th.

Top of the list is the stadium roof. Fans won’t need reminding it leaks. Major work is planned to replace it.

Outside, the banners and crests, that are looking faded and showing their age, are to be replaced.

To decide what (or who) will replace the ‘Legends” – images of past players including Patrick Vieira, Tony Adams and David Rocastle – a working group of supporters will be set up. Details of this have yet to be confirmed.

Over the summer, the turnstile card readers will be replaced. The new ones will be easier to use and more responsive. This will make entry into the ground quicker and, it’s hoped, eliminate some of the problems of delays and congestion that have marred a few games this season – most notably Carabao Cup matches.

In the longer term (‘Coming Soon’ is the club’s expression) will be bigger and better screens and the addition of ‘perch spaces’ in communal ‘General Admission’ spaces, so supporters can drink or eat without having to stand.

The plans will involve significant expenditure (the costs weren’t revealed) and also include – but not scheduled in just yet – is another of AISA’s favourite(!) topics, the PA system. It’s recognised that it’s inaudible in some parts of the stadium, so it’s on the list to do – just not yet!

This post first appeared on the page exclusively for AISA members on February 16th. To be the first to hear about AISA news and events, and to join us in our campaigning and improving the matchday experience, please join us.