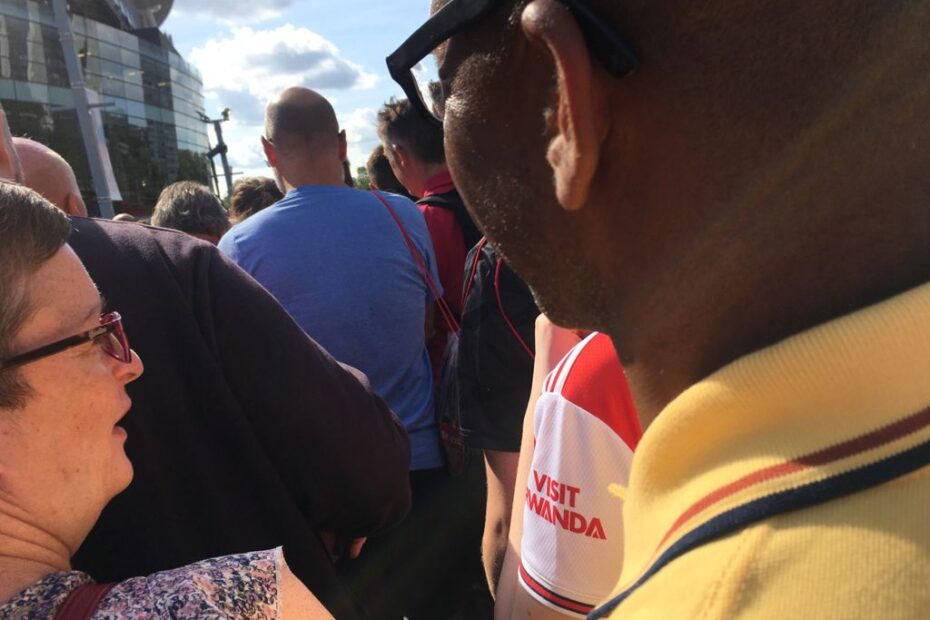 AISA has been talking urgently to the club about getting into the stadium – especially about the queueing and bag sizes.

Following the congestion and difficulties accessing the Emirates stadium for both the Chelsea and Norwich Premier League matches, AISA approached the club about our concerns over safety and the size of bags (limited to A5 and that we argued is far too small). In our discussions, we also asked for better signage, so it’s clearer where to go and where to queue.

We’re pleased to say that there has been a review within the club. There’s a revised club ‘Match Day Guide’ that will apply from Wednesday’s midweek match with Wimbledon. Check the link for full details, but a couple of headlines are:

BAGS – Any bags larger than A4 (a standard rucksack / handbag) will not be permitted.

This is still small but twice the size of the previous limit. The request and recommendation of the club is that supporters bring no bags at all, and that the checking process will delay entry. However, it is a welcome recognition that, for some, a bag is essential, and the increase in size will go some way to making lives a little easier.

There will be new barrier systems in place as well as more thorough bag searches. Searches will be moved closer to the turnstiles so supporters aren’t queuing twice. AISA understands that the reason for changing the search loctions from where they were in the past is due to the latest security guidance the club is following.

ARRIVING FROM THE EAST/ARSENAL TUBE – If coming from Arsenal tube station, the club asks supporters to use the Clock End Bridge by the Arsenal letters.

Athough the steps to the Ken Friar bridge steps are open, there has been congestion previously (and sudden closures) and so using the wider bridge, down by the giant ARSENAL letters is a better option, we are told. And the plea again is to arrive early. This is not to increase sales of food and drink inside the stadium (the ‘second pint free’ offer is available once more, we understand). It’s to avoid a crush and delays at the security ‘pinch points’.

If you’re at the match, please let us know how you got on arriving and accessing the stadium. If you had problems – or if it went well – please tell us. The club wants to hear back and will look to make further changes if issues still exist. Noting the time of your arrival will help, too.

1 thought on “ACCESS TO THE STADIUM – WEDNESDAY 22nd SEPTEMBER”