‘We could have the pitch ready in three weeks’ 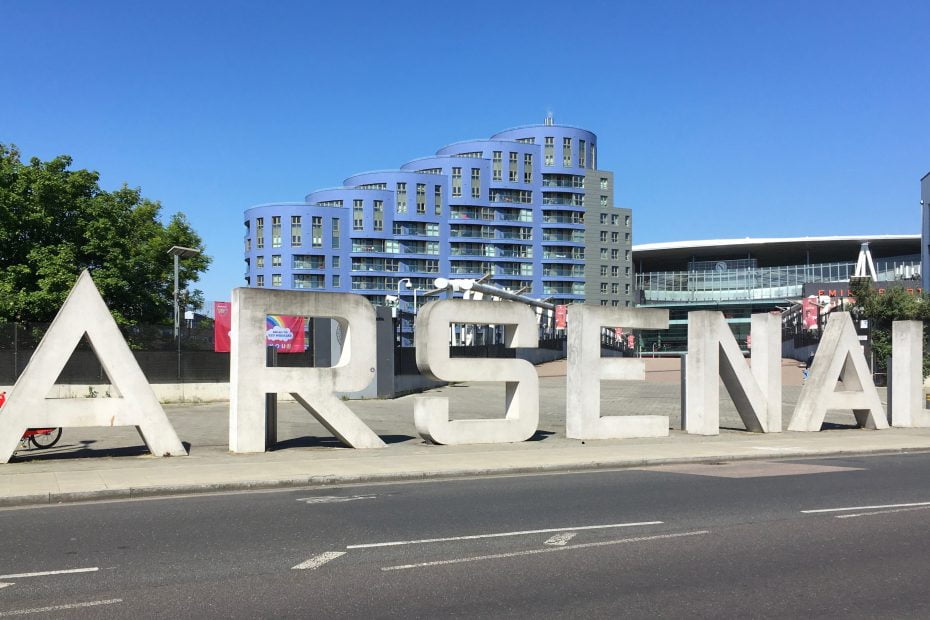 Arsenal’s pitch is being renovated during lockdown but would be ready for action if needed for Project Restart by the Premier League. “Normally this is an eleven week process,” John Beattie, Arsenal’s Stadium and Facilities Director told AISANews, “involving removing all the grass, aerating the soil and re-seeding. We usually do it in the closed season, but not knowing how long that will be this year, we’ve taken the opportunity now to do a six week partial renovation. With only some of the grass removed and re-seeded, it will be ready by June.”

The full process will be completed during international breaks next season. “It’s not ideal, but it’ll see us through to the 2021 summer break,” John adds. “The problem with all this is we’re planning for the unknown.”

John’s planning and responsibilities extend way beyond the playing surface, with a team of over 120 covering the stadium itself, its surrounds, London Colney and Hale End, and the maintenance, matchday safety, security and health and safety across all the sites.

It’s health and safety that have been top of the agenda since COVID-19 unleashed its ugly head. Only essential maintenance is now taking place, followed by sanitisation of work places, carried out by a skeleton staff. For the rest of John’s team, it’s meant staying safe by staying at home.

This has had an unfortunate knock-on effect for the appearance of the outside of the stadium. While it remains an important area for local residents to exercise, there’s little opportunity to maintain it. “Cleaning the podium area is aimed for daily but not always achieved. This involves removing rubbish and dog mess. There are a few weeds growing but this is not essential maintenance and therefore we are not sending staff in to clear them.”

Longer-term maintenance is also an issue. Over the last few years, there has been considerable work carried out during the summer, with extra seating added and restaurant facilities upgraded. This year, with no cash flow, all but essential maintenance looks like it will be stopped.

That includes the aesthetics of the stadium’s external appearance – John had earmarked work on signage, replacing the ‘monolith’ indicators (left) and work on repairing expansion joints on the podium concrete  – but they will have to wait. So too, for the moment, will work on the translucent roofing inside the stadium to allow more light on to the pitch and to prevent leaks. It’ll eventually need attention, just not yet.

Despite the financial restrictions, John says the club has been very supportive of its employees and is pressurising no-one to work. Salaries are being paid and agreements for the club’s match day stewards and casual staff are being honoured. In some ways, John is lucky the club was ahead of the game by rolling out home working plans last year, so his team is already used to operating remotely.

And to help with the psychological issues that isolation can bring, there are not only regular club updates, online briefings and meetings but also remote coffee mornings and quiz nights. “It’s all being done the right way – the Arsenal way, if you like,” John said with an approving nod. “And food we had after the West Ham match in our fridges and freezers, it’s all been donated to local food banks.”

What of the future?

But what’s the future looking like? While London Colney is having one of its pitches renovated, in tandem with the Emirates, the others are being left for the players to regain fitness and train. “It is safer for the players to go to the training ground than exercise near their homes where they were always being stopped and asked for selfies,” John observed. “They arrive at London Colney in their training kit, do an hour and leave in it. The buildings are closed.” Player health and safety is vital and it helps that the team’s doctor, Gary O’Driscoll, is also part of the Premier League’s medical panel advising on Project Restart.

If the season does restart, John doesn’t know if the Emirates will be used as an Arsenal home venue, as a neutral venue or used at all. “We just don’t know what we’re planning for.” The stadium management team is making contingency plans for all, assuming if there are games they will be played behind closed doors. They will still have to open the doors to well over a hundred people though, including outside TV crews, journalists, technicians to run the pitch side advertising, people to sanitise after each game, along with essential safety and security staff.

A problem with the pitch

So it looks like supporters are going to be locked out for quite some time to come. Mind, that might yet prove to be a lucky escape. A problem the pitch faces is nematodes. In agriculture, these tiny organisms can be used as natural ways of preventing disease – an alternative to crop spraying. But at the Emirates, they destroy the grass, eating it from the roots up. Microscopically small, they are undetectable in topdressing for the pitch. Getting rid of them is by steaming the pitch during the full restoration process. But because of the uncertainties over pitch use in the coming months, that stage is being by-passed. An alternative treatment that will happen during the course of next season is a heavy dosing of garlic. “You don’t want to be near the pitch when that’s happened,” said John, pinching his nose.

Sadly, it looks like it’ll be a long while before we’ll get to see – or smell – the inside of the ground.