The history of Arsenal is well recorded, and we all know what happened.  Sometimes.

In the early days of the AISA Arsenal History Society a vigorous debate broke out between several members of the team running the Society over the issue of the very first match Arsenal ever played.  Tony Attwood caused a bit of an uproar but suggesting the fabled match between Dial Square FC and Eastern Wanderers, was never played – or at least was not played on the day we thought it was, where we thought it was played.

In fact I was quite wrong, but through the subject being raised my colleagues in the Society discovered absolute proof that the game was played, and indeed clear evidence of how it was that Dial Square FC, the forerunners of Arsenal, played Eastern Wanderers on the Isle of Dogs in 1886.   Proof that had never been published before in any book on the history of Arsenal. 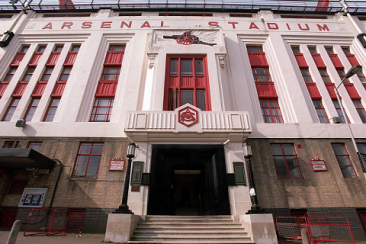 So something that had previously been reported via a couple of notes written many years later, was now verified through contemporary records.   It was all most satisfying, but it still left unanswered questions.

Why, for example, did the players of Dial Square FC go all the way to the Isle of Dogs to play their first game, when they could surely have played another team from the Plumstead armaments factories?   Indeed surely they could have found another team in the factories and played them.

We now knew, through the work of AISA members Andy Kelly and Mark Andrews, that the team in 1886 had played as “Dial Square” but that by the time of their second match in January 1887, they played as “Royal Arsenal”.

Until recently the reason given for the change was that there was a debate about the name among the players and they voted to change it.  The phrase, “Everyone knows the Royal Arsenal, but who knows Dial Square?” is often quoted as being spoken – although there is no direct evidence.

Digging around in a story like this is what amateur historians do.  Some (like Andy and Mark) are dedicated to ploughing their way through hundreds of old newspapers and magazines looking for contemporary records that throw some light onto what happened.  Others (like me) tend to wander around asking questions that seem not to have asked before.

This is what the AISA Arsenal History Society does.  We ask awkward questions, we go looking.

Which areas we look into is very much a matter of personal taste.  Andy Kelly and Mark Andrews spent six months looking into what happened between 1891 when Arsenal went professional and 1893 when Arsenal joined the League.

For what they found turned Arsenal’s history upside down and revealed for the first time in over 100 years, the story of the split in Arsenal in 1892 and the formation of a rival splinter club that played on the opposite side of the road from Woolwich Arsenal in Plumstead). That story is told in our book “Woolwich Arsenal, the club that changed football”.

Some stories – such as the fact that there were dark and underhand dealings that led to Arsenal’s promotion in 1919 – have been shown to be completely untrue, and the invention of malicious minds associated with other clubs.   Andy’s masterwork of unravelling the truth is told on our web site at http://www.blog.woolwicharsenal.co.uk/archives/5592

Occasionally we have found deliberate falsehoods and malicious rumours being spread – as with the common perception of Lt Col Sir Henry Norris, the man who rescued Arsenal from bankruptcy in 1910, built Highbury in 1913, and bought Herbert Chapman into the club.

In fact the popular view of Sir Henry is largely based on a totally scurrilous series of newspaper articles published after the second world war by Leslie Knighton who managed Arsenal very unsuccessfully from 1919 to 1925.

Indeed it was only when I decided to investigate some of Knighton’s claims about being refused transfer funds and being reduced to playing “the brother-in-law of the club’s doctor” because he was so short of players, that the full realisation that Knighton was a fantasist finally became apparent.

It is an interesting case not least because Knighton’s wholly false story of working under Sir Henry has become the accepted story, simply because it seems no one has ever bothered to check its validity.

There’s more on that story in a new extensive article about Chapman’s first year in office at Highbury on our blog at http://www.blog.woolwicharsenal.co.uk/archives/12743    It is a piece that also digs a little deeper than normal into Chapman’s development of the WM system of defending – again revealing some details that are not normally reported when the tale is told.

And this is what the AISA Arsenal History Society is set up to do.  To probe, to dig, to speculate.   Often the research hits brick walls and explores blind alleys, but sometimes we find information that totally transforms our understanding of the history of the club, and indeed the history of football.

In fact I think what we have found is that a lot of Arsenal’s history has been written by people who simply copy what the previous person wrote without actually asking, “Is this true?”   Seemingly, quite often, it isn’t.

If you would like to know more please do take a look at the AISA Arsenal History Society web site.   And of course if you have any thoughts, questions, or indeed corrections, please do drop me a line.