The AISA Arsenal History Website has taken a step forward in time, leaving behind the early days of professionalism and instead looking at the influence of George Allison on the club.

George Allison was involved with Woolwich Arsenal from around 1906 when he started writing about the club in the Fleet Street press. Under Henry Norris he was first “Gunners’ Mate” writing a column in the programme, then programme editor. Later he created the first Arsenal Handbook, and was the first compiler of an official history of Arsenal.

It is through George Allison’s work that we have the story of Arsenal’s battles with the London and Kent Football Associations, after the club turned professional – and it is this account of Arsenal being ostracised by local clubs that the Arsenal History site has been investigating in its review of the Woolwich Arsenal period. 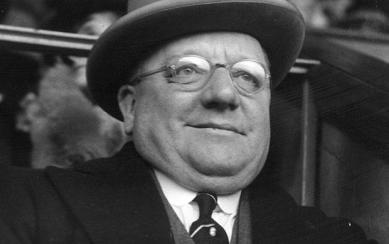 Our finding, In short, is that the Allison version of Arsenal’s history simply doesn’t ring true – which has left us with the question: how could someone so closely connected with the club get such an important story so wrong?

One suggestion comes through a review of Mr Allison’s journalistic activities, and we’ve set out our thoughts in the first of a new series which follows the career of the man who had the unenviable task of taking up the reigns as Arsenal manager upon the sudden death of Herbert Chapman.

George Allison was involved with Arsenal for nearly 40 years, and yet the current Arsenal web site has no more than a dozen lines about him. We’re seeking to put that right in the new series which we hope will explore every detail of the man who delivered two championship wins and an FA Cup in his time at the helm.

You can follow the details, and hopefully some more discoveries, on the AISA Arsenal History Website at www.blog.woolwicharsenal.co.uk